Kunqu performance in the Meyer Auditorium, Freer Galleries, Washington, D.C: Escape to Nature: Highlights from Kunqu Classics. These performances are presented in conjunction with the exhibition Yellow Mountain: China’s Ever-Changing Landscape, on view at the Arthur M. Sackler Gallery through August 24, 2008

Six episodes from classic Kunqu plays were performed over two days, featuring award winning artists Liang Guyin, Li Yilong, and Ji Zhenghua from the Shanghai Kunqu troupe.  Professor David Ralston, Department of Asian Languages and Cultures at the University of Michigan presented background for some of the episodes. The program was sponsored by the Freer and Sackler Galleries and Wintergreen Kunqu Society. 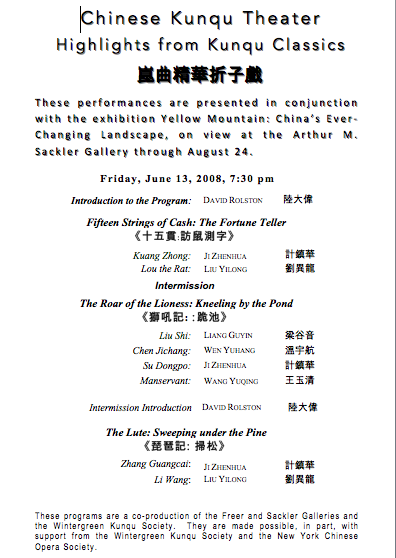 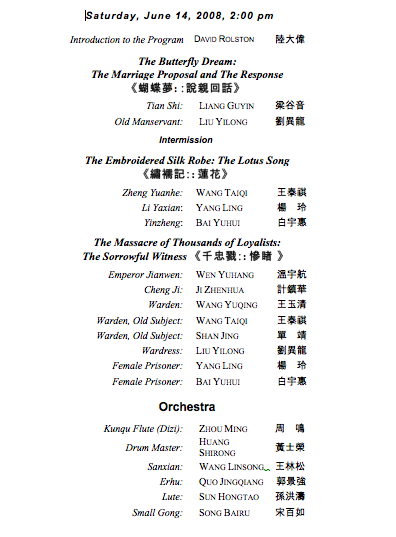