Ocean of Sin: Fleeing Down the Mountain 【孽海記：下山】

The performance history of Ocean of Sin is contested and obscure, but the text is believed to be of Ming origin. “Ocean of sin” is a Buddhist metaphor for a life of sorrow and storytellers’ adaptation of Buddhist source material. Since monasteries are typically constructed on hills, “fleeing down the mountain” implies both literal flight and descent into the ordinary realm of human society.

Sent in childhood to a temple by his parents, Benwu (“Essence-is-Nought”) has grown into a lusty and virile Buddhist acolyte monk. He has lately been brooding over the tedium of his monastic routines. One day, left alone in the temple by the abbot, he flees down the mountain.

As luck would have it, during his flight he encounters a young woman with the Buddhist name Sekong (“Lust-is-Empty”), a novice in much the same state of mind. Sekong was dedicated by her parents to a Buddhist temple in her childhood, and in a previous scene (“Longing for Ordinary Life 思凡”), she has resolved to flee the temple.

The two escapees fall in love at first sight–his lascivious overtures answered by coquettish flirtation. Before long, they join forces to make their escape together and flee the strictures of devotional life.

I. The Butterfly Dream: Matchmaking 【蝴蝶梦：说亲】

“Matchmaking” is a short and humorous scene taken from a much longer and complex Ming drama chuanqi 传奇 called The Butterfly Dream, a traditional story which fictionalizes the life of Zhuangzi zhuang 莊子, an ancient Chinese philosopher (flourished, 350 and 300 B.C.E.).  As told by the traditional story, Zhuangzi traveled a lot, leaving his young wife at home. On the road, he once saw a widow fanning the wet earth covering a new grave, and learned that she wanted the earth to dry up and harden so that she could remarry—she had vowed to her deceased husband that she would not remarry until the earth in his grave dried up. This incident prompted Zhuangzi to contemplate on the institution of marriage and to want to test his own wife’s devotion to him. Thus, he returned home, and faked his own death, making his wife a widow.

“Matchmaking” begins Zhuangzi’s young wife, Madame Tian, lamenting her loneliness as a new widow. Her lament, however, quickly changes to her dreaming of marrying the young scholar who has come to visit Zhuangzi—the young scholar, needless to say, is the transformed Zhuangzi. Thus, the widow approaches the young scholar’s old servant (transformed from a large butterfly) and asks him to serve as a match maker.  Through the dialogues and interactions between the young widow and the old servant, the old servant agreed to be her match maker.  The scene delivers a comical drama that highlights human emotions, desires, while making fun of the Chinese institution of marriage.

The Jade Hairpin 玉簪記 is a chuanqi 传奇 play by Gao Lian, written around 1570, some seventy years before the fall of the Ming dynasty. The play is divided into 33 scenes, but it would always have been common for scenes to be presented individually as selections rather than in sequence. The result is that certain scenes have very well-developed individual performance traditions. Chuanqi, sometimes translated as “marvel plays,” are the long scripts that in the Ming were the major drama genre.

The story is set in the Southern Song Dynasty (1127 – 1279).  As children, a match was arranged between befriended families who lost contact as they fled from war. The girl, orphaned, has sought asylum in a Taoist abbey and became a novice there, adopting a religious name. Unbeknownst to her, the abbess is the boy’s aunt.

As the play begins, the boy, Pan Bizhen, arrives at his Aunt’s abbey, to study for the civil service examination, which he has already failed once. There he meets the abbey novice, Miaochang. Without realising that they were intended for one another by their parents, they fall in love almost at first sight.

One evening, Pan expresses his love by playing romantic music on the zither. Miaochang is moved but nevertheless rejects his suit, since she is a novice.  Pan, lovesick, receives a visit from Miaochang and his aunt to comfort him in his illness.  A few days later, Pan visits Miaochang in return. He discovers, by chance, her poem describing her hidden love toward him. Miaochang can no longer hide her love anymore and declares herself.

Learning this, the abbess flies into a rage. She forces Pan to leave for the capital city immediately to take the examination again. Pan and Miaochang are heart-broken. She engages a boatwoman to follow him down the river in order to bid him a fond farewell.

Finally, Pan succeeds in the examination and became a Mandarin. Now his father considers him of age to marry and reveals to him his childhood engagement. Pan realizes that

By the Shanghai Kunju Troupe 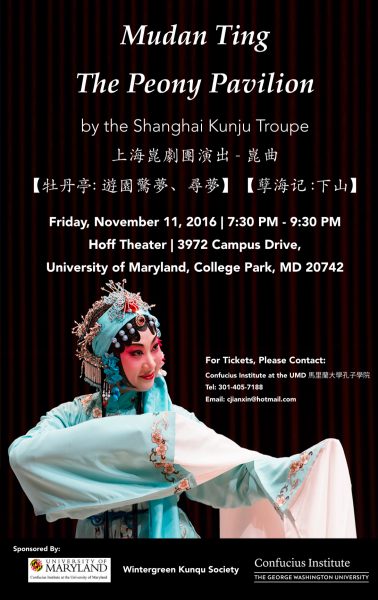 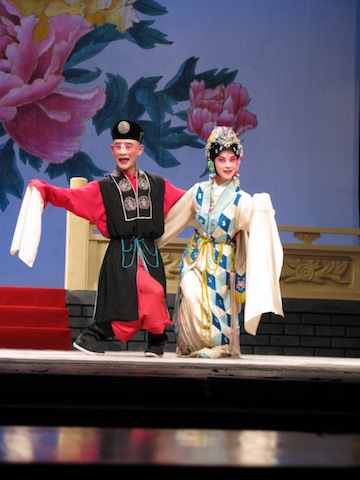 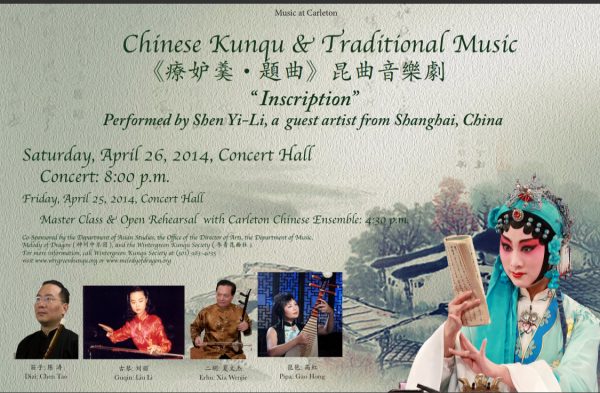 Experience classical and contemporary reflections on the Chinese legend of the phoenix. In a famous scene from the 17th-century kunqu play Palace of Everlasting Youth, an emperor and his consort portray masculine (dragon) and feminine (phoenix) qualities. In the new work “Dreaming of the Phoenix,” mountain spirits sing poetry lamenting the phoenix’s departure. All performances feature accompaniment on Chinese instruments. 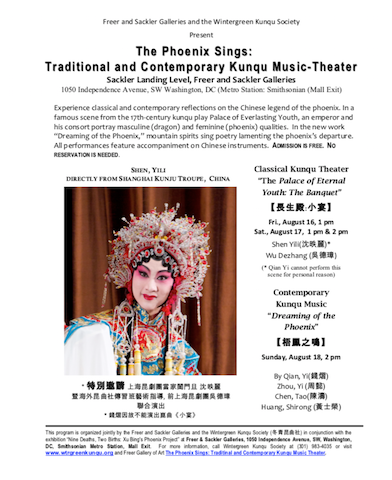 by Sheng Yili and Wu Dezhang

The Phoenix Sings on the Plane Tree  梧鳳之鳴

In a new music-theater work by Du Yun and Qian Yi, mountain spirits sing ancient poetry lamenting the loss of peace and prosperity since the departure of the phoenix. The vocalists are accompanied by an ensemble on Chinese flutes, nan-hu, zither, pipa, and percussion.

The Palace of Eternal Youth 【長生殿】 by the Shangai Kunju Troupe 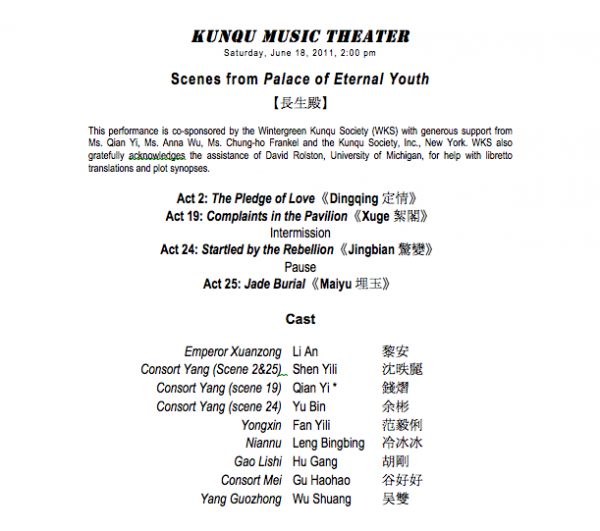 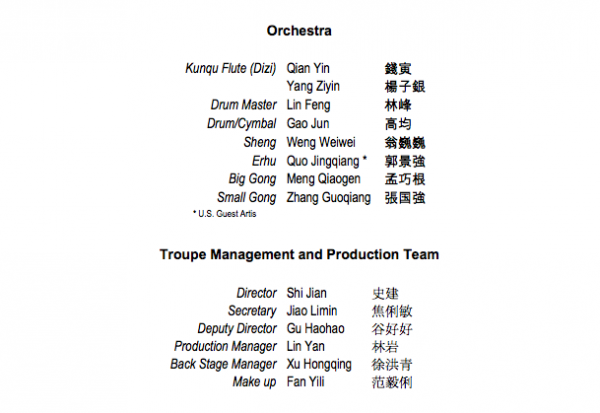 The Palace of Eternal Youth: The Pledge of Love